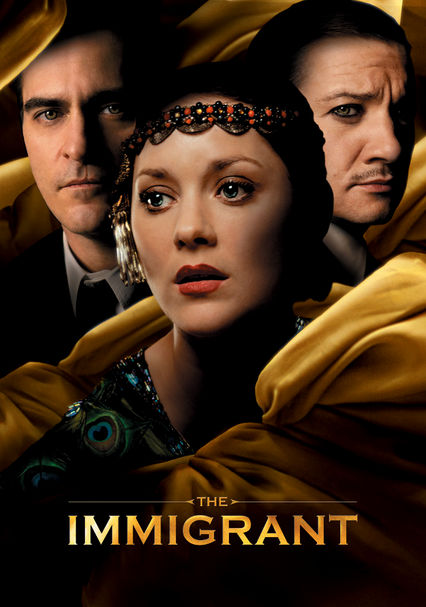 2014 R 1h 57m Blu-ray / DVD
After arriving in New York, Polish immigrant Ewa must provide for her ill sister -- and soon falls under the thumb of charming thug Bruno, who forces her into a life of prostitution. But when she falls for a magician, her fortunes may turn.

Parents need to know that The Immigrant is a fascinating 1920s-set historical drama that deals with some heavy topics -- prostitution, for example -- that are too mature for younger viewers. Some scenes reveal the brutality inherent in trying to survive, especially during the hard-scrabble times depicted here. Expect some violence (a fatal stabbing, for instance), nudity (mostly breasts), swearing (infrequent use of words like "s--t" and "f--k"), drinking, frank talk of prostitution, and characters who are tortured and troubled. On the upside, there are positive messages about loyalty and hope.

Women's bare breasts are shown as part of a nudie show. The participants are also instructed to parade themselves so that male clients can pick which one they'd want to sleep with. Men are shown buttoning their trousers, presumably after sex with prostitutes. A couple kisses.

A man stabs a family member with a knife and later is seen disposing of the body. He's also shown brandishing a firearm, an object that's later used to threaten someone. A man is shown dragging a dead body to the trash. Two men tussle over a woman.

Infrequent use of words including "s--t" and "f--k." Women are called "whores."

Loyalty to family is important, especially during hard times. And if you find yourself abandoned and alone, you need to be able to draw on a deep well of strength and resilience to see your way through. Also, hope can fuel you through most hardships. On the downside, women are treated like second-class citizens, called names by men, and discarded after sex.