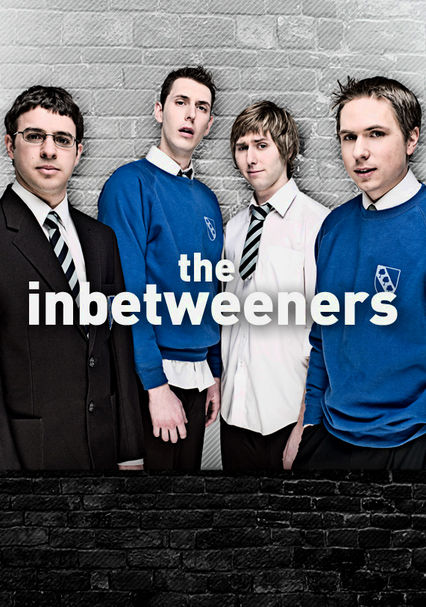 2008 NR 3 seasons
This rib-tickling series follows English lad Will McKenzie and his best mates, Neil Sutherland, Jay Cartwright and Simon Cooper, as they try -- and fail spectacularly -- to navigate the wretched no-man's land known as adolescence.

Too geeky to be cool and too cool to be nerds, schoolmates and best friends Will, Simon, Jay and Neil tackle the most pressing issues of their teenage lives -- girls, sex and cheap booze -- in this sitcom.

Four geeky friends and schoolmates -- Will, Simon, Jay and Neil -- continue to stumble gracelessly through the many ups and downs of teenage life in Season 2 of this award-winning sitcom.

Will, Simon, Neil and Jay are busy trying to navigate their way through sixth form while their hormones run rampant in Season 3. Catch more mishaps as the quartet continues on their mission to lose their virginity and become men.

Parents need know that this edgy BBC series about high school students focuses on four average guys who spend most of their time trying to get alcohol and meet girls (though they have much more luck with liquor than with the ladies). Though they're underage even by British standards, they drink often and sometimes get quite drunk. While not much sex is shown, there's plenty of graphic discussion on the topic, as well as a lot of casual swearing (including unbleeped uses of "s--t"). Bottom line? It's raunchy and crass, but it also rings true -- it really feels like watching four guys in their natural environment.

The high school boys talk constantly about having sex, often with profane and highly suggestive language. Like most young men, there's far more talk than action; the occasional sex scenes are generally nudity-free.

Teens often deceive their parents and teachers in pursuit of drinking and sex; they focus on satisfying their immediate desires without thinking about how their actions might impact others -- or whether there might be any long-term consequences for themselves.

Some brand-name liquors make appearances, including Beefeater gin and Drambuie.

Lots of drinking. The underage teen characters spend much of their time plotting to get alcohol. They use fake IDs to drink at bars, lie about their ages to make purchases at liquor stores, and raid their parents' liquor cabinets. They're shown drinking and sometimes get quite drunk. They make questionable choices while under the influence and sometimes get quite sick.