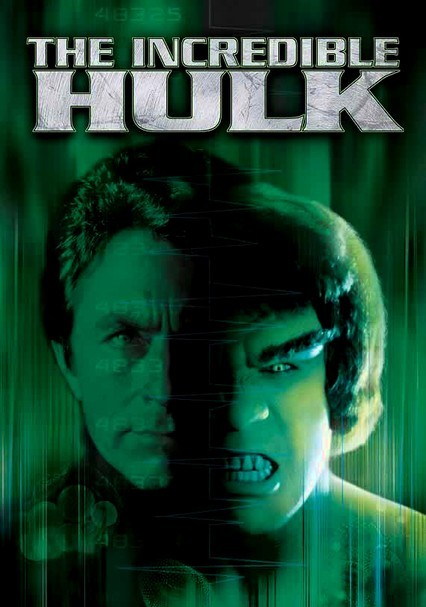 1978 TV-PG 4 seasons
After being exposed to an overdose of radiation, Dr. David Bruce Banner morphs into a ferocious, gigantic green man whenever he becomes agitated. As Banner looks for ways to reverse his condition, he travels from town to town helping others in need.

In this classic series, exposure to an overdose of gamma radiation causes scientist David Banner to morph into a not-so-jolly green giant when he's mad. As he looks for a way to reverse the effects, he travels from town to town helping those in need.

After working as a magician's assistant and a taxi driver, among other professions, David eventually returns home to help his father save the family farm and mend a few broken fences in the process.

A fallen meteor leaves David Banner in a compromising position when it arrests his transformation from the Hulk into human form. With the change only half complete, David attracts the attention of a military group that thinks he's an alien.

In Season 5, David is kidnapped by three convicts who've escaped from a women's prison -- and one of them is nine months pregnant. Later, he risks blowing his cover to prevent a politician from being assassinated.

Parents need to know that this classic, comic book-based '70s series is about a man who transforms into the giant green Hulk when he gets angry. While kids may be drawn to the show by the sci-fi/comic angle, it's important to note that the Hulk consistently exhibits angry, violent behavior that may be iffy for younger viewers (and might scare some of them, too). Parents also need to know that some of the characters' comments and actions (including sexist remarks), though consistent with the social norms of the '70s, will seem outdated and old-fashioned now.

Occasional kissing and hugging. Occasional comments that might be considered sexist by today's standards.

The Hulk is an angry giant who punches walls, destroys rooms, and throws objects and people (usually the bad guys). He doesn't kill, but people are sometimes knocked unconscious and suffer injuries as a result of his actions. Guns are visible. The Hulk is often shot at, sometimes causing minor bloodshed.

While he isn't gentle, the Hulk does help people who don't have the physical strength to help themselves. Most of the people who are hurt by the Hulk are the "bad guys." While the core cast is Caucasian, African-American supporting/guest characters are sometimes visible.

The Hulk is a Marvel comics character