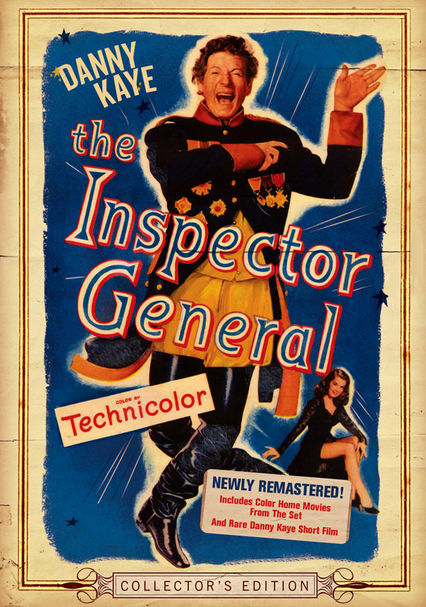 1949 NR 1h 42m DVD
Energetic funnyman Danny Kaye stars as Georgi, a traveling medicine show schlemiel who ambles into a fraud-ridden Russian hamlet that's expecting the czar's Inspector General. Taking the snake-oil shill for the examiner, the town's corrupt officials curry favor with Georgi and shower him with bribes. What will happen when the bona fide inspector arrives? A great supporting cast, including Walter Slezak and Elsa Lanchester, adds to the merriment.