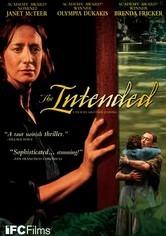 2002 NR 1h 50m DVD
A 40-year-old woman named Sarah (Janet McTeer) defies 1920s conventions by taking a lover (JJ Field) and traveling with him to the jungles of Borneo to trade ivory. Instead of finding success when they arrive, they're instead confronted by a deadly cocktail of avarice, jealousy and treachery that threatens to destroy them. Kristian Levring directs this tense period drama, which debuted at the 2002 Toronto Film Festival.