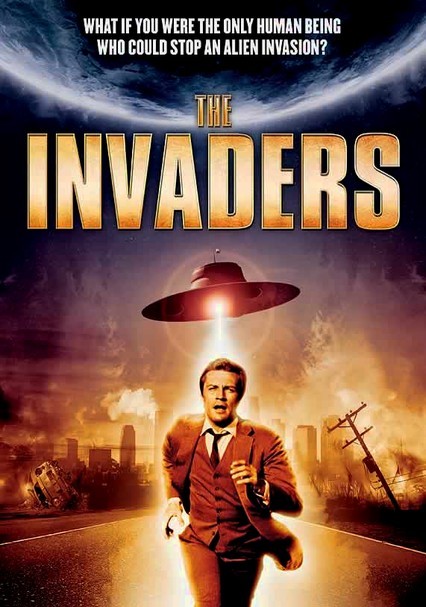 1967 NR 1 season
After witnessing the landing of a flying saucer, architect David Vincent (Roy Thinnes) warns a skeptical world of aliens' impending takeover, but he winds up alone and on the run when colleagues dismiss him and the invaders give chase. In this ominous sci-fi series, Vincent roams from town to town, seeking aid from an astrophysicist, investigating a butterfly attack, and eluding capture by the aliens, who assume human form and dissolve on death.

In the second and final season of the late 1960s sci-fi hit, David Vincent (Roy Thinnes) works tirelessly to convince a skeptical public that the earth is being overtaken by the Invaders, aliens from a fading planet. Even worse, these visitors can disguise themselves as humans. In this season, Vincent's quest leads him to a hospital, to court, to a Soviet embassy and more. Suzanne Pleshette guests stars as an alien with ugly mood swings.