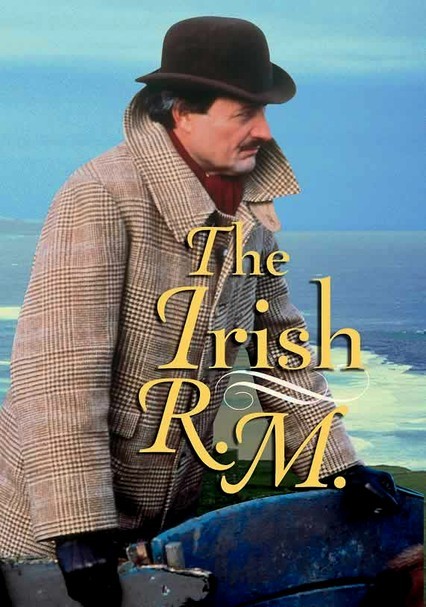 1983 NR 3 seasons
Set in 1897, this BBC series follows Maj. Sinclair Yeates (Peter Bowles), who gets more than he bargained for after he resigns his military commission to accept an appointment as Resident Magistrate in a small Irish community. When life in the rural hamlet doesn't turn out as he anticipated, hilarity ensues as the bewildered Yeates tries to muddle through the town's customs and culture. Anna Manahan plays his put-upon cook.

Peter Bowles stars as Maj. Sinclair Yeates in this series about an ex-army officer who settles down with the woman he loves in a small Irish town. Although he may have expected to lead a much quieter life away from battlefields, he discovers that daily life in this village is just as hectic ... and a bit strange. Catch the entire first season, including the episodes "Great Uncle McCarthy," "The Boat's Share" and "Sommerville and Ross."

In this adaptation of the timeless stories of Somerville and Ross, Maj. Sinclair Yeates (Peter Bowles) is a retired English army officer who's been designated Resident Magistrate for West Ireland in the time leading up to the Irish independence. Hilarity ensues as a result of countless mix-ups between the English and Irish, not to mention Yeates's efforts to lay down the law among the peculiar townsfolk.

Maj. Sinclair Yeates (Peter Bowles) -- a retired British army officer who's appointed Resident Magistrate for the West of Ireland -- finds he must bend the rules a bit to fit circumstances, which are often not as straightforward as they seem. In the third year of the beloved television series, Bowles continues to register a wry, warm and winning performance as the magistrate beset by a perpetual series of absurd situations.