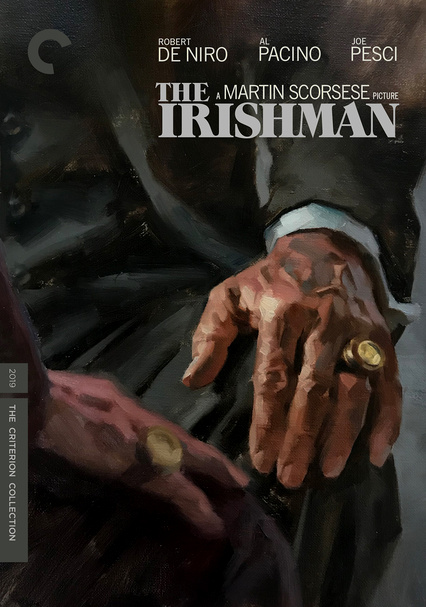 2019 R 3h 29m Blu-ray / DVD
Left behind by the world, former hit man and union truck driver Frank Sheeran looks back from a nursing home on his life's journey through the ranks of organized crime: from his involvement with Philadelphia mob boss Russell Bufalino to his association with Teamsters union head Jimmy Hoffa to the rift that forced him to choose between the two.

Genres
Drama, Crime Dramas, Mobster, Dramas Based on the Book