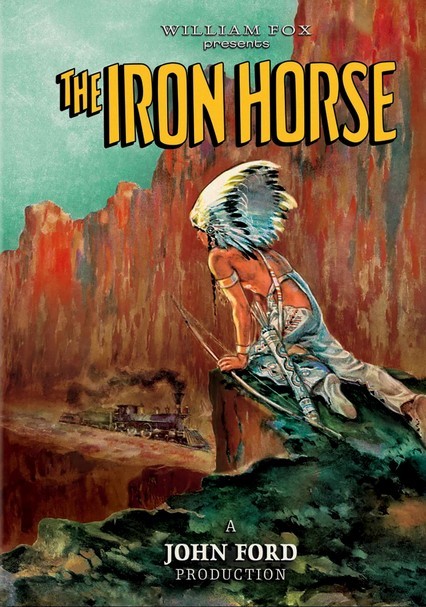 1924 NR 2h 29m DVD
In this epic silent Western from John Ford, railroad surveyor Davy Brandon (George O'Brien) must find a route through the Rocky Mountains and carry on the dream of his father, who died before he could see the country linked by a transcontinental train line. As the Union Pacific construction crew battles fierce weather and hostile Indians, Davy also tries to track down the mysterious two-fingered man who killed his father.