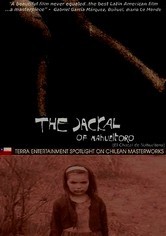 1969 NR 1h 35m DVD
Dubbed "the Jackal of Nahueltoro," Jose del Carmen Valenzuela savagely killed a widow and her five children, then put heavy stones on their hands and chests to prevent their souls from following him. In researching material for his directorial debut, Miguel Littin relied on eyewitness accounts and interviews with those who knew Valenzuela before and after the murders. The result is an eye-opening portrayal of the jackal's unfathomable crimes.