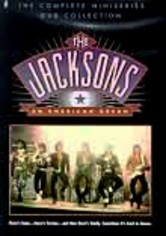 1992 NR 2 discs
Before they were stars, the Jackson 5 were just ordinary kids born into a blue-collar family from Gary, Ind. Family patriarch Joe (Lawrence Hilton-Jacobs) knows they're destined for stardom, but their eventual fame brings problems of its own. Angela Bassett, Margaret Avery and Holly Robinson Peete co-star in this Emmy Award-winning miniseries that reveals the tumult and triumph behind one of the biggest acts in pop music history.