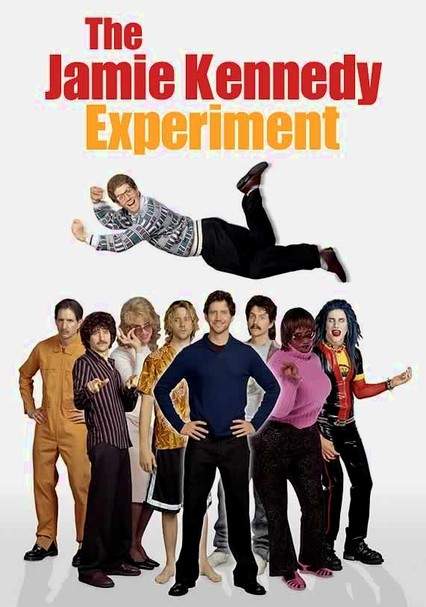 2002 NR 2 seasons
In the vein of prankster classics such as "Candid Camera," "The Jamie Kennedy Experiment" features the titular host donning all manner of costumes and personas to carry out practical jokes on unsuspecting marks, including some famous faces. Whether he's disguised as a white Jewish rapper, a driving school instructor or a female African-American talk show host, Kennedy deftly lures in his victims and unerringly hits his target.

Anyone who enters the orbit of comedian Jamie Kennedy's world had better be prepared for a zany and crazy ride through hilarious chaos and maddening confusion. Catch all 23 episodes of the gut-busting second season of Kennedy's spectacular series in this four-disc set, which features appearances by celebrity gossip Jillian Barberie, actors Jeff Goldblum, Juliana Margulies, David Schwimmer and Freddie Prinze Jr. and more.

Prankster Jamie Kennedy goes out with a bang in this final season with yet another impressive collection of skits and hilarious hidden-camera moments. Kennedy takes his show on the road, making stops along the way at places he knows will score him guaranteed laughs, including Los Angeles, Philadelphia, New York City, Venice Beach and Las Vegas. Guests include Pauly Shore, Amanda Bynes, Nicky Hilton, Carmen Elektra and Kathie Lee Gifford.