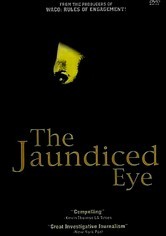 1999 NR 1h 29m DVD
This documentary examines the alarming ordeal of Stephen Matthews, a gay Michigan man who was accused and convicted of molesting his young son -- despite no evidence save the word of the boy's mother and her violently homophobic boyfriend. Stephen's father, Melvin, was also implicated in the alleged crime, and though the two men were eventually vindicated, their lives after prison were ruined. Reporter Nonny de la Peña directs.