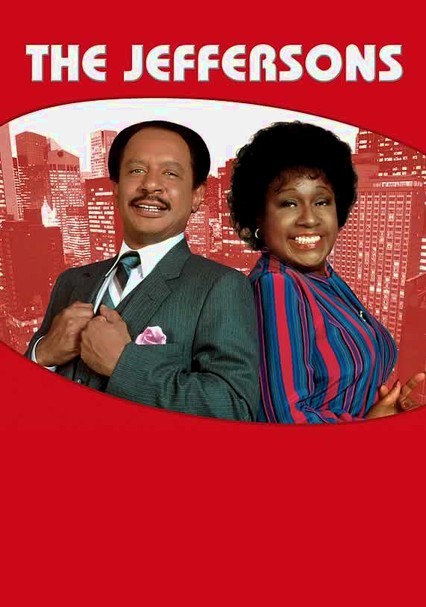 1975 TV-PG 5 seasons
Upwardly mobile black businessman George Jefferson (Sherman Hemsley) graduates from a blue-collar neighborhood to Manhattan's Upper East Side with his wife, Louise (Isabel Sanford), in this clash-of-cultures sitcom spun off from "All in the Family." Even though he's movin' on up, George learns again and again that success doesn't necessarily mean satisfaction, nor does it guarantee the respect of the upper classes -- or even your own family.

Follow the adventures of George Jefferson, an African-American dry-cleaning entrepreneur, and his wife, "Weezy" (Isabel Sanford), in this compendium of the hit show's second season. Life is sometimes wacky, but often hilarious, as the Jeffersons adjust to Manhattan's crusty Upper East Side -- a far cry from the working-class neighborhood they used to call home.

Season 3 finds George (Sherman Hemsley) facing stiff competition from a rival dry cleaner for bang-up business during the bicentennial. After deciding he should open another store, he hides his plan from Louise (Isabel Sanford), knowing she'll think he's lost his mind. He also faces temptation from a major firm that's giving him the full-court press to sell his mom-and-pop store to them. But of course, George handles it all in style.

You won't find fish fryin' in the kitchen or beans burning on the grill in George and Weezy's deluxe apartment in the sky, but you will find loads of laughs in this hit 1970s comedy. In Season 4, Louise (Isabel Sanford) and George (Sherman Hemsley) get through a hostage ordeal by reliving the old times; sassy housekeeper Florence's (Marla Gibbs) parents come to town; and George's high-spirited nephew (Gary Coleman) pays a visit.

The fifth season of this hit series finds George (Sherman Hemsley) contracting a case of disco fever, "Weezy" (Isabel Sanford) dealing with the repercussions of drawing a nude model in art class, and Florence (Marla Gibbs) fielding a marriage proposal from a pious man. Then, things get a little too cozy when Harry, Tom and Helen (Paul Benedict, Franklin Cover and Roxie Roker) spend the night with the Jeffersons after a heater breaks.

The curmudgeonly George Jefferson and his long-suffering wife, Louise (Sherman Hemsley and Isabel Sanford), are still living the good life in a "deluxe apartment in the sky" in the sixth season of this classic TV series. Hemsley shines as a businessman whose dry-cleaning business makes him wealthy but who refuses to let go of his simple values. In this season, the Jeffersons welcome a granddaughter, and George celebrates his 50th birthday.