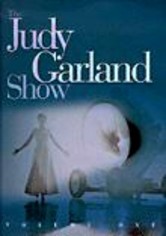 1963 NR 6 discs
This compilation set pays homage to one of America's most beloved performers, the incomparable Judy Garland. A talented singer and actress, Garland starred in dozens of movies as well as her own television series. This collection presents Judy Garland's TV series in its entirety. It also includes rare out-takes and footage, a gallery of press photos and a selected program of Judy performing some of her most famous songs.