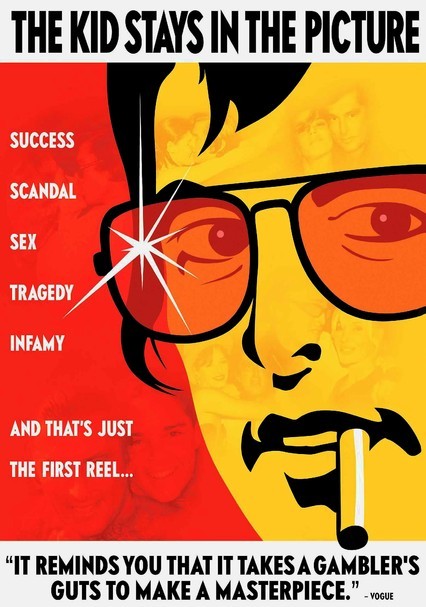 2002 R 1h 33m DVD
Based on the 1994 autobiography of film producer Robert Evans, this documentary follows Evans's career as he went from fresh-faced clothing executive to Hollywood actor to Paramount executive to legendary producer (Marathon Man, Chinatown). We also follow Evans through a cocaine controversy, into disreputation and low times, and finally to his comeback producing several 1990s films. Evans himself provides the narration.

Parents need to know that this movie has some very strong language, including slurs about Roman Polanski, who is Polish. There are some non-graphic sexual references and some drug use, which is amended by an amusing all-star sing-a-long called "Get High on Yourself!" arranged by Evans. And of course, there are some violent clips of the R-rated movies that Evans produced, including the most famous scene in Chinatown.

Character arrested for drug use