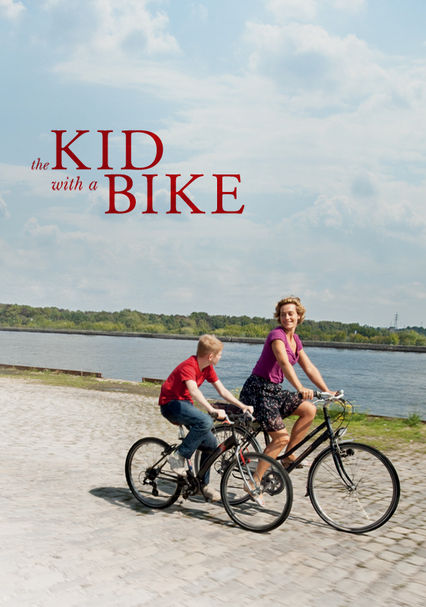 2011 PG-13 1h 27m Blu-ray / DVD
After being abandoned by his deadbeat dad, 11-year-old Cyril Catoul is virtually adopted by a goodhearted hairdresser who tries to help him. But despite her kindness, the disillusioned boy soon falls in with a young drug peddler.

Parents need to know that The Kid with a Bike is a very downbeat, but highly acclaimed French drama about an 11-year-old boy whose father refuses to take care of him and the boy's attempts to deal with being abandoned. The movie contains some fighting, a robbery sequence in which people are hit with a baseball bat, and a scene in which the 11-year-old hero is knocked unconscious with a rock (offscreen). There's also some very brief language, including one use of "f--k," one use of "a--hole," and two uses of "s--t" (all in subtitles). One older teen character is said to be a drug dealer -- though no drugs are shown -- and he smokes a cigarette. Though the movie is rated PG-13, the material is very mature and complex. However, it has its hopeful aspects, and viewed with parents, the movie could lead to some interesting discussions.

Cyril gets into a couple of brief fights, mostly pushing and wrestling, one after having caught a bike thief. During a robbery sequence, he hits an adult and an older boy with a baseball bat. In one scene, an older boy throws rocks at Cyril; a rock hits him, knocks him out of a tree, and briefly knocks him unconscious. Adults handle Cyril fairly roughly in one or two scenes, trying to control him after he has acted out.

Generally, the movie seems to be saying that kids long for attention, and if they can't get it from their parents, they'll get it from other places, even from criminals. Responsible adults can step in and possibly turn young destinies back toward a positive path.

An older boy tempts Cyril with an offer to play Assassin's Creed on the PlayStation PS3. (The game is not shown, but can be heard offscreen.) Coke and Fanta soft drinks are mentioned, and Cyril chooses a Fanta.

An older teen character is said to be a drug dealer, though no drugs or deals are ever shown. The older teen smokes a cigarette.