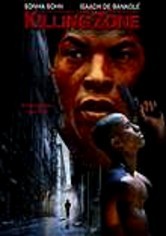 2002 NR 1h 30m DVD
When his adoptive father is murdered at the hand of a Brooklyn teenager, a successful Harlem psychiatrist is devastated. His father had rescued him from a Nigerian refugee camp years earlier, when he was a young boy. Now that the man who rescued him is no longer around to address unanswered questions about the psychiatrist's tragic background, he must face his past alone.