The Killing of John Lennon 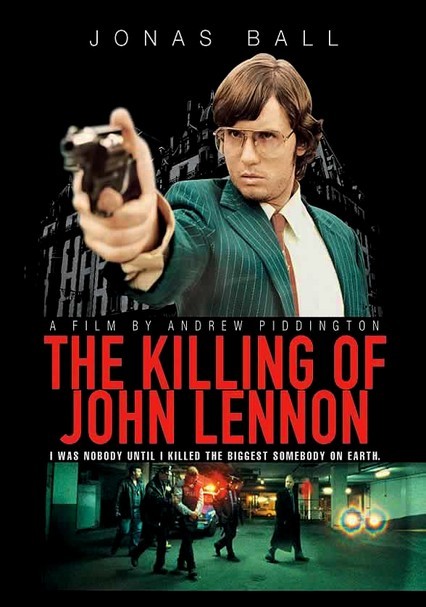 The Killing of John Lennon

2008 NR 1h 55m DVD
Lifting dialogue directly from notorious assassin Mark David Chapman's real-life journal, director Andrew Piddington paints a chilling portrait of the man who infamously shot John Lennon outside his New York City apartment building in 1980. The film chronicles Chapman's trek from his home on the islands of Hawaii to Lennon's home on the island of Manhattan, where he made history by murdering a living legend.

Parents need to know that this grim drama isn't for kids (who probably won't be interested anyway). It focuses on the deterioration of John Lennon assassin Mark David Chapman's mind, and there's a lot of discussion about the murder as he plans it, as well as images of guns, bullets, and shooting practice. Lennon's actual death is especially hectic and harsh. In his hotel room, Chapman overhears two men kissing (they're then shown embracing); he imagines shooting them, calling them "homos." Other language includes "f--k" and "s--t."

Some brief cleavage shots. Chapman's mother flirts with a young man (she leans close and giggles). Two men kiss and embrace (Chapman listens in from the next room and becomes upset, calling them "homos").

The film leads to Lennon's assassination, which it foreshadows repeatedly with images of guns, bullets, and jarring camera movements. A character repeats the phrase "bang bang" while forming a gun with his fingers, pointed at the camera. Chapman describes his father's abuse and at one point slams furniture in his room. Scenes from Raging Bull show boxing. Chapman imagines shooting a man through a wall, then bursting into the man's room and shooting him and his male lover (loud, close-up gunfire). Chapman buys a gun, practices aiming at people outside his window, and eventually takes it to shoot Lennon on the sidewalk (Yoko screams in the background, Lennon falls in slow motion, blood spurting). Chapman describes his suicidal thoughts to a doctor.

Chapman is increasingly disturbed, his anger and loneliness clear in his monologues. He plans to kill Lennon throughout the film and doesn't regret the murder when it happens.

Chapman appears drunk -- he holds a bottle in a paper bag, and the images on screen get blurry to indicate his impaired vision.