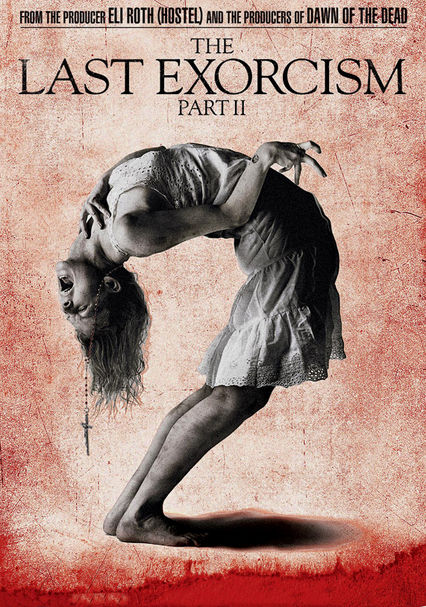 2013 UR 1h 29m Blu-ray / DVD
This horrifying sequel has teenager Nell Sweetzer back in the grip of evil. Nell's new ordeal finds her alone and petrified in the woods, recalling little -- except that her entire family is now dead.

Parents need to know that The Last Exorcism Part II is the sequel to The Last Exorcism (apparently it wasn't the last one after all), though it doesn't follow in the original's "found footage" footsteps. It's also less gory than the first movie, focusing mainly on spooky stuff -- such as things jumping out from the shadows and sudden shocks -- more than blood, though there are a few shocking moments. Language is fairly light but does include one use of "f--k" and a few uses of "s--t." There's some sensuality, such as flirting, kissing, and sensual moaning, as well as some innuendo.

The main character definitely thinks about having sex. She also flirts with and kisses a boy at her work. In one scene, someone or something gives her sexual pleasure while she sleeps. She moans, and an unseen force unties some of the laces on her nightgown, though no nudity is shown. She also hears a couple having sex through the walls in a hotel room she's cleaning; she clearly enjoys listening in, moving closer to the wall.

The movie has the expected kinds of spooky stuff -- mostly things jumping out from the shadows, sudden noises, and characters screaming. Violence and blood is more suggested than shown. Some scary flashbacks are shown, with very brief flashes of gore.

There are a few messages about how people can make their own decisions about who they are, but the story eventually nullifies these ideas.