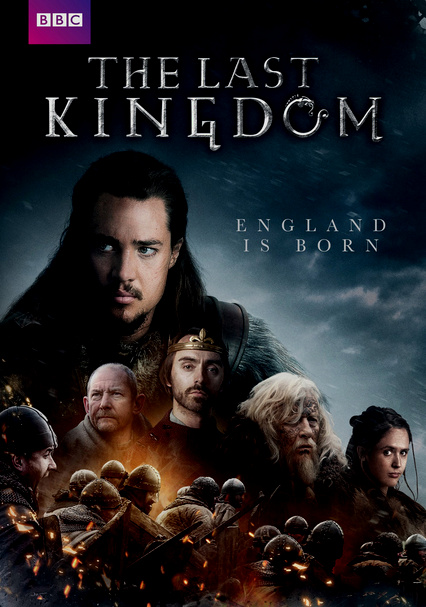 2015 TV-MA 4 seasons
During the ninth-century reign of King Alfred the Great, a Saxon nobleman's orphaned son must tread a perilous course when he embarks on a quest to reclaim his legacy after being abducted and raised by Viking invaders.

The year is 872, and many of the separate kingdoms of what we now know as England have fallen to the invading Danes, leaving the great kingdom of Wessex standing alone and defiant under the command of King Alfred. Against this turbulent backdrop lives our hero, Uhtred. Born the son of a Saxon nobleman, he is captured by the Danes and raised as one of their own. Forced to choose between the country of his birth and the people of his upbringing, his loyalties are ever tested. What is he? Saxon or Dane? On a quest to reclaim his birthright, Uhtred must tread a dangerous path between both sides if he is to play his part in the birth of a new nation and, ultimately, recapture his ancestral lands

A story of redemption, vengeance, and self-discovery set against the birth of England, this drama series follows young warrior and outsider, Uhtred on a fierce mission to reclaim his birthright. The Last Kingdom combines real historical figures and events with fiction, re-telling the history of King Alfred the Great and his desire to unite the many separate kingdoms into what would become England.

Time is running out for King Alfred to unite the kingdoms. With his health failing and the line of succession uncertain, Alfred looks to our hero Uhtred to ensure his young son Edward becomes the next king. Meanwhile, dark forces are moving outside the court and when a powerful Danish warlord, Bloodhair, attacks, Uhtred must lead Wessex's forces into battle. Uhtred captures Bloodhair's mysterious lover, the savage sorceress Skade, who throws a curse and his world becomes blighted by tragedy.

Ambitions threaten the Saxon kingdoms Alfred had once dreamed of uniting. In the wake of his father's death, the new King, Edward, is intent on isolating Wessex and strengthening his reinforcements against possible Dane incursions. Alliances are beginning to fracture as Lord Aethelred of Mercia makes ambitious plans to establish himself as a rival to Wessex. When Northumbria also faces hostility, Uhtred believes the timing is right to take back his ancestral home.