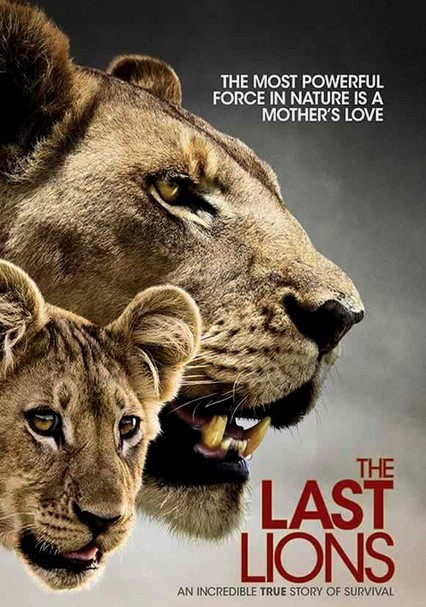 2011 PG 1h 29m Blu-ray / DVD
Narrated by actor Jeremy Irons, this thrilling documentary follows an African lioness named Ma di Tau as she and her cubs flee a devastating fire, then struggle to live in new territory amidst dangerous predators and a lethal pride of rival lions. Besides being a harrowing tale of survival, this film from directors Dereck and Beverly Joubert illuminates the urgent plight of all Africa's lions, whose population has reached dangerously low levels.

Parents need to know that this visually arresting nature documentary portrays how one mother lioness in Botswana attempts to keep her cubs alive in perilous territory. As in many wildlife films, there are some disturbing sequences in which lions (or their prey) are chased, attacked, and, in some cases, killed. The cameras never focus too closely on the blood or gore, but viewers definitely see the carcass of a lion's kill being scavenged by hyenas. Defenseless cubs are injured, swallowed, lost, and (possible spoiler alert), in one heartbreaking scene that could upset younger kids, intentionally left behind. Although this is an educational documentary, the occasional violent scenes involving the lioness and her cubs may prove too upsetting for younger elementary schoolers.

As in many nature documentaries, there are some possibly disturbing sequences of carnivores acting like carnivores -- they fight each other for territory rights (leaving each other bloodied, blind, and, in one case, near death), banish the losers of those fights off the territory, and then prey on each other for food or dominance. In three heartbreaking scenes (possible spoiler alert), the central lioness discovers that her immediate family is dead or near death. Knowing that there's nothing she can do, a lioness abandons her severely injured cub, who's left growling after her -- which could upset young children. A lion takes down a buffalo whose carcass is shown being divided up by hyenas. Several lions are injured -- by each other or buffalo -- and the buffalo, in turn, injure or kill lions.

Even though the movie's message itself is disheartening -- that the fewer than 20,000 lions left in the wild are dwindling day by day -- it's also one of hope. If we, as humans, can find it in ourselves to care about endangered species, we can help save the big cats of Africa before they become extinct.