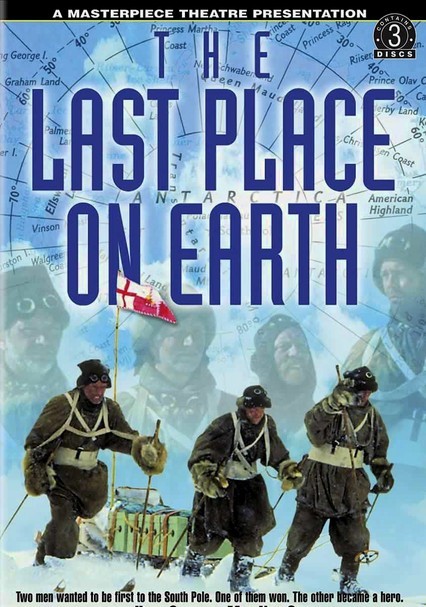 1985 NR 3 discs
In 1911, England's Robert Falcon Scott (Martin Shaw) and Norway's Roald Amundsen (Sverre Anker Ousdal) each set out to be the first to reach the South Pole. The 1,500-mile journey through the forbidding landscape and its aftermath became the stuff of legend. This "Masterpiece Theatre" presentation, based on Roland Huntford's book, reveals the drama behind one of the century's greatest adventures. Hugh Grant, Max von Sydow and Bill Nighy co-star.