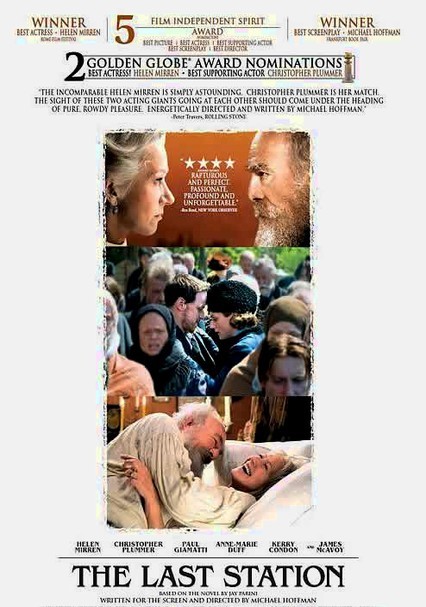 Parents need to know that this period drama recounting Russian novelist Leo Tolstoy's last months, while powerful and well acted, isn't too likely to appeal to kids. It has moments of both intense squabbling and gentle loving between the writer and his wife. Many of their fights are loud and painfully honest (though not venomous), and younger teens may find them disturbing. There's also a sex scene with partial nudity (a woman's breasts) and a little swearing (though "bitch" is about as strong as it gets).

A woman propositions a man she barely knows; later, they have sex (only her breasts are visible). Some candid conversations about sex and marriage and celibacy. The Tolstoys seduce each other with sexual banter.

Lots of loud quarrels between a husband and his wife -- they adore each other, but they can't seem to agree on what to do about one major decision. A despondent woman attempts to drown herself in a lake.

This romantic period film delves into serious questions about loyalty to family, country, and self; there's also much discussion about the importance of loving and being loved and how that may be the path to salvation.