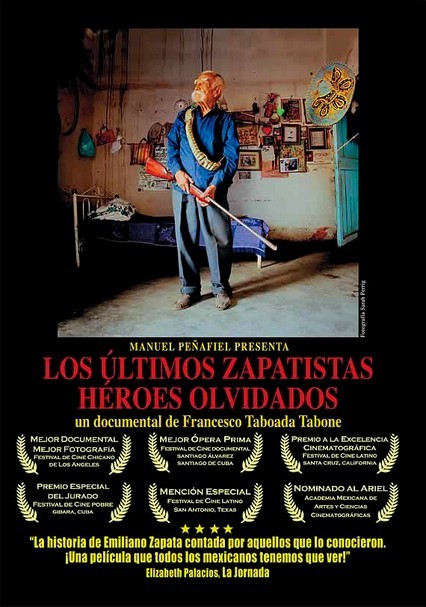 2002 NR 1h 30m DVD
In this engrossing piece of living history, director Francesco Taboada Tabone captures a group of men (all well into their 90s) who reminisce about their exploits during the 1910 Mexican Revolution. Through enthralling interviews, the film brings to life the testimony of these last 12 surviving revolutionaries of the storied Liberation Army of the South -- patriots who fought and bled alongside Gen. Emiliano Zapata.