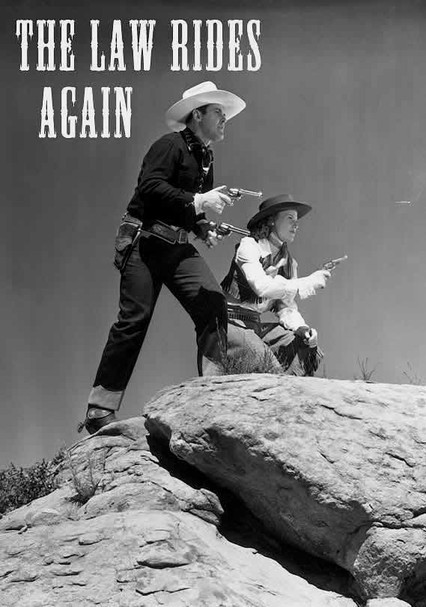 1943 NR 0h 58m DVD
When a band of American Indians breaks a treaty with the federal government, U.S. Marshals Ken Maynard and Hoot Gibson hit the trail with captured outlaw Duke Dillon (Jack La Rue) to find out what sparked the uprising. They discover clues that point to corrupt Indian agent John Hampton (Kenneth Harlan), but meanwhile, the bandit Dillon pulls a fast one on the marshals, and soon everybody's getting ready for a showdown. Alan James directs.