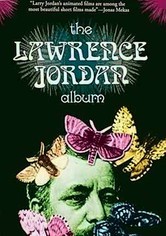 1957 NR 4 discs
This extensive collection features a broad selection of films by underground director Lawrence Jordan, whose eccentric "moving collage" style of animation influenced countless animators and filmmakers. Jordan's work from the 1950s through the '90s is covered, including shorts such as "Duo Concertantes" as well as feature-length films like Sophie's Place, a dazzling piece of animation that took Jordan five years to complete.