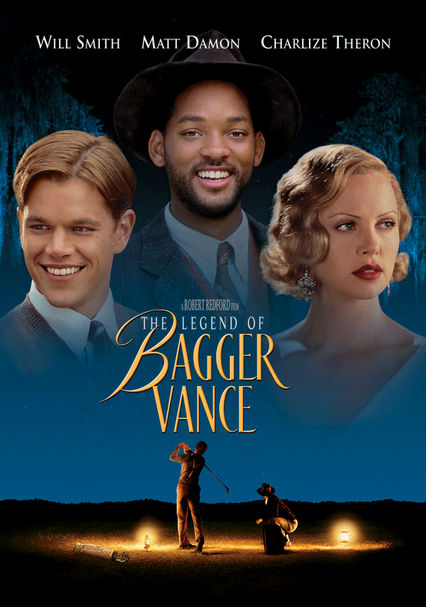 2000 PG-13 2h 7m DVD
Devastated by his experiences during World War I, once-promising golfer Rannulph Junuh has become a poker-playing alcoholic whose perfect swing is gone -- until mysterious caddy Bagger Vance enters the picture to help Junuh make a comeback.

Parents need to know that this movie has a brief but bloody battle scene, brief mild language, brief sexual references, and inexplicit sexual situations. A woman offers to trade a man sex for a favor. She does not go through with it, even though it is clear that she loves him, in fact, probably because she loves him. A man commits suicide (off-camera). Junuh abuses alcohol in an attempt to forget his experiences and his pain.

Sexual references and situations, including a proposal to trade sex for a favor.