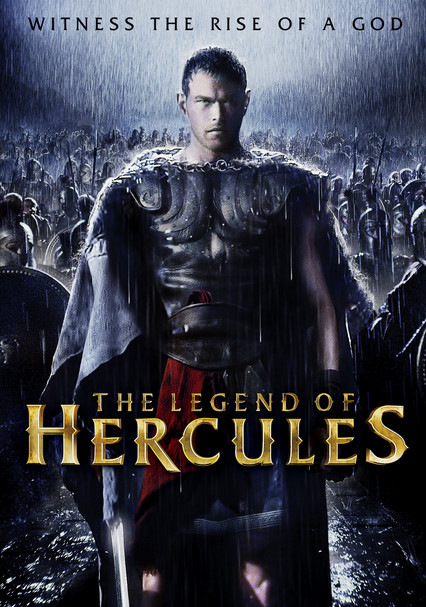 2014 PG-13 1h 38m Blu-ray / DVD
Springing from classical legend, the hero Hercules is born half-human and half-god and chosen by destiny to overthrow the cruel king of Greece. Hercules also longs for the heart of Princess Hebe and must ultimately choose between love and war.

Parents need to know that The Legend of Hercules is a fantasy adventure based on the Greek myth of Hercules, the demigod son of Zeus. The movie contains a mix of stylized and realistic violence that leads to a high body count: sword fights, battle scenes, hangings, and up-close deaths. Hercules and his beloved Hebe kiss passionately several times and make love once, but all that is visible is shoulders and backs.

One love scene between Hercules and Hebe that starts with kissing and then cuts to them discreetly under a sheet, but still caressing and kissing. In one scene, a woman moans as she is impregnated by an invisible Zeus. The king is shown touching two different women whom he ushers into his bedchambers.

Mostly stylized violence like in the movie 300 with slow-motion war shots that then speed up. Lots of sword-on-sword violence but also Gladiator like arena fighting. High body count: men mostly die in battle usually from being stabbed. A man kills his wife with a dagger but makes it look like a suicide. Hercules wields the power of lightning in his sword. Men are shown hanging and speared.

Some insults about Hercules' parentage ("bastard" for example) and his standing as a "second son."

Greek myths don't always have positive messages, but this one encourages people to never give up, to have hope that there's a way out of unthinkably awful situations, and to make your time with those you love count.