The Letter: An American Town and the Somali Invasion 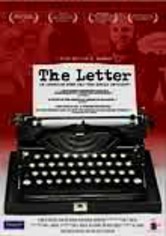 The Letter: An American Town and the Somali Invasion

2005 NR 1h 16m DVD
Ziad H. Hamzeh's gripping documentary chronicles the attempt by the mayor of Lewiston, Maine, to deter Somali refugees from moving to his city. Mayor Larry Raymond sent a letter to the 1,100 newly arrived immigrants informing them that his town didn't have the resources to handle their permanent residence. His actions activated anti-racism groups, served as a national rally cry for white supremacists and spawned large demonstrations.