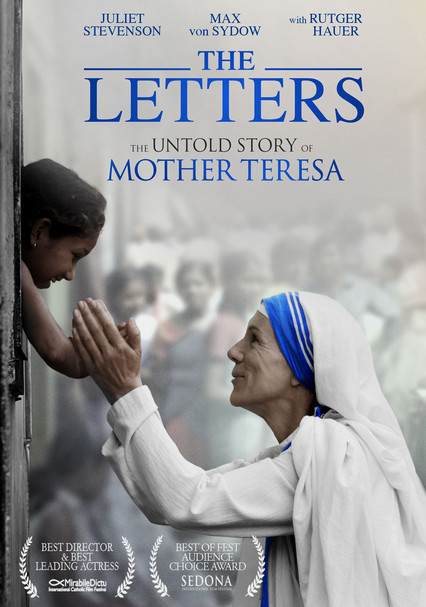 2015 PG 1h 59m DVD
This inspiring biographical drama portrays the remarkable life of Mother Teresa through the lens of a decades-long correspondence with her confidant and spiritual mentor, Father Celeste van Exem.

DramaBiographiesDramas Based on Real Life

Parents need to know that The Letters is a biographical drama about Mother Teresa. Starring English actress Juliet Stevenson as the Nobel Peace Prize-winning nun, the movie explores key moments in Mother Teresa's transformation from a convent nun who taught school in India to a Vatican-approved head of her own order dedicated to the "poorest of the poor." The movie features several scenes of human suffering, including the dying and poverty-stricken, as well as a protest by those temporarily angry that a temple was used as a hospital.

An angry mob protests Mother Teresa's use of a temple as a hospital. A family doesn't want her help (at first) and angrily tells her to go away. Threat of violence during the Partition. Scenes of extreme poverty and sick and dying people suffering.

Strong messages of dedication to faith and to all humanity, particularly the disenfranchised and those without resources.