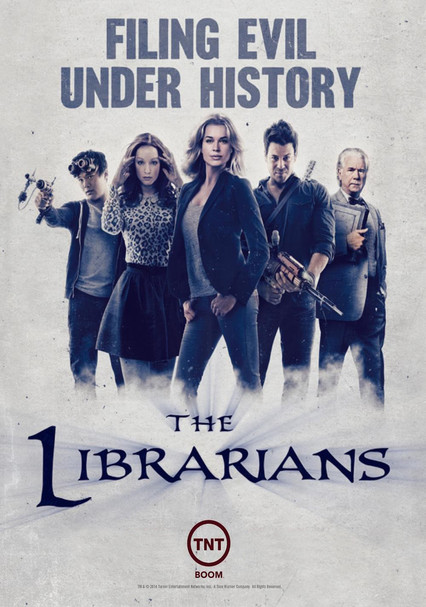 2014 TV-14 4 seasons
Charged with safeguarding some of history's most magical objects, the Librarians are also the targets of evil supernatural forces that threaten not only civilization's treasured artifacts but humanity itself.

After members of his specialized Librarian team are murdered, Flynn Carsen and his guardian, Col. Eve Baird, must take drastic measures to ensure the safety of the three remaining apprentices.

This season, librarians Ezekiel, Cassandra and Jake find themselves in the midst of increasingly harrowing situations as they continue their work of recovering and preserving ancient artifacts.

Facing a steady flow of paranormal threats, the Librarians must confront the Patron Saint of Thieves, shut down a casino that steals luck, save a community beleaguered by Civil War specters and contend with a body-swapping debacle.