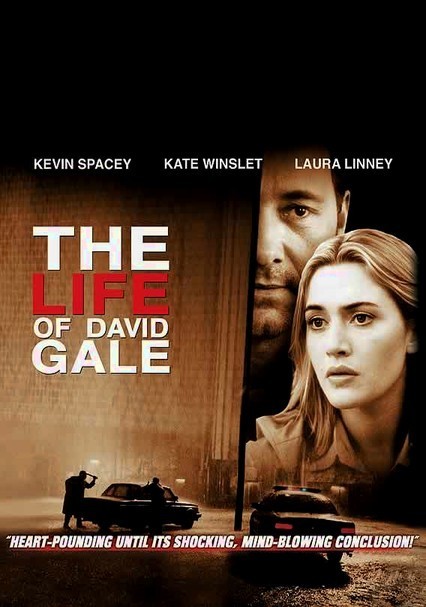 2003 R 2h 11m DVD
When Texas professor David Gale, an advocate for the elimination of the death penalty, is falsely accused and convicted of the rape and murder of another activist, he ends up on the state's notorious death row himself.

Parents need to know that this movie includes very mature material. There are sexual references and explicit sexual situations, including rape charges. A student offers a teacher sex for a passing grade (he declines). There is also non-sexual nudity and footage that may show a murder. Characters use strong language and one abuses alcohol, ultimately becoming an alcoholic. The movie also features suicide in what could be seen as an approving manner.