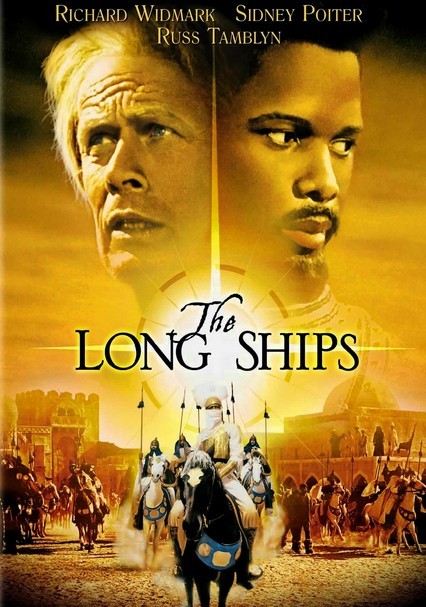 1964 NR 2h 5m DVD
Based on the book by Frank Bengtsson, this 1964 film tells the tale of Viking brothers Rolf (Richard Widmark) and Orm (Russ Tamblyn), who are hunting for a mythical golden bell. For this, they've stolen the Norse King's ship and abducted his daughter (Beba Loncar). But El Mansuh, Prince of the Moors (Sidney Poitier), is hot on their trail. They must also face a possible mutiny and the looming rainstorms ahead.