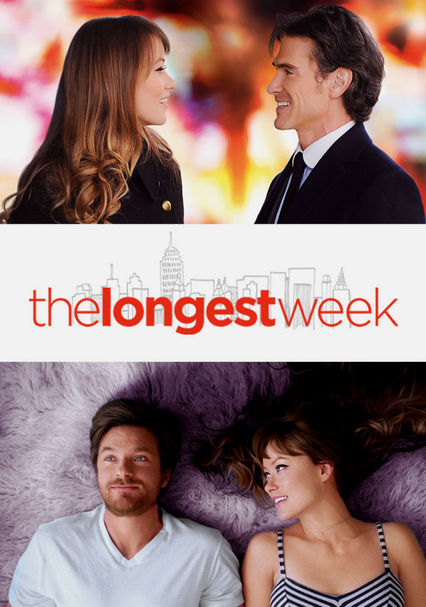 2014 PG-13 1h 26m Blu-ray / DVD
After his wealthy parents divorce, 40-year-old Conrad Valmont loses his generous living allowance and posh hotel digs. His friend Dylan Tate takes Conrad in -- but his gratitude doesn't prevent him from making a move on the woman Dylan has eyes for.

Parents need to know that The Longest Week is a highly stylized romcom that centers on a grown man (Jason Bateman) who's always relied on the largess of his very wealthy parents but must suddenly make his own way after he's thrown out of his posh home. Strong language includes plenty of uses of "a--hole" and "s--t"; there's also some cigarette smoking (a character's family makes them), passionate kissing between couples, a couple bathing together, some scantily clad women, and a scene in which a truck hits a motorcycle. Positive messages and role models are pretty much nonexistent, and the film's clever, studied tone isn't likely to engage younger viewers.

Women run around an apartment in bras and underwear. Passionate kissing in bed. A couple is shown bathing together (only their shoulders are visible). A man kisses a woman while pawing another in a cab.

A truck hits a man on a motorcycle.

Conrad resorts to scamming and stealing to get by without his parents' money, but he does develop a conscience.

One mention of Bergdorf's.

A couple smokes the cigarettes that his family makes. Some social drinking.