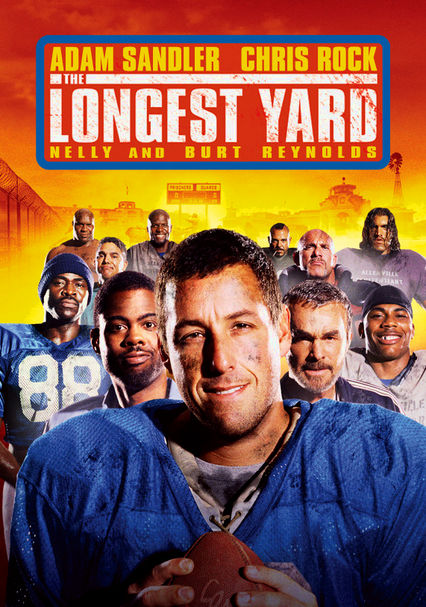 2005 PG-13 1h 53m DVD
While doing time, a professional quarterback persuades a fellow convict and former gridiron coach to prepare a group of jailbirds for a game against the guards. But the team is in for a little surprise when game time rolls around.

Parents need to know that this film pushes the edges of the PG-13 rating. It features repeated crude language (including one "f--k" and several uses of the "N" word), frequent violence on and off the football field, including one character burning to death in an explosion, beatings and hard tackles, prison guards slamming their charges' heads and crotches with batons, and inmates assaulting each other. Prisoners are locked in a "hot box" as punishment. Characters drink, smoke, take steroids, and are extremely disrespectful to authorities (cops and prison officials who, according to this film, deserve disrespect). In addition, the movie includes sexual imagery (a woman's cleavage, a woman in her underwear being spanked, gaudy transvestite cheerleaders, implied homosexual activity), and gendered and raced stereotypes serving as "jokes" (an older woman in an ugly wig, a guard who takes estrogen unknowingly and starts behaving like "a girl," and hyper-aggressive black, Latino, and Indian inmates).

Pushes hard at the PG-13 boundaries.