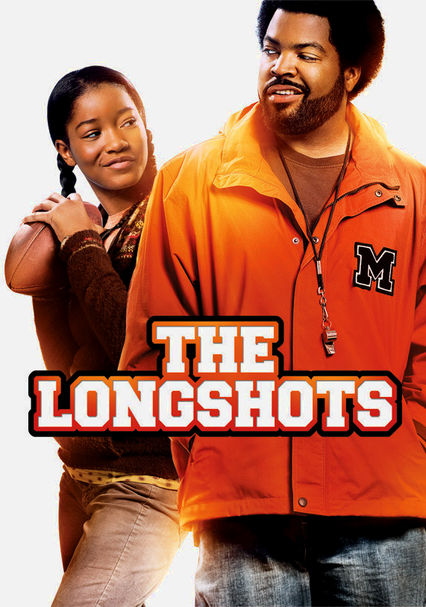 DramaSports DramasDramas Based on Real Life

Parents need to know that this film, although mostly fine for younger kids, does have a few mature themes. The main character's unemployed uncle drinks a lot (out of a paper bag) and is basically a couple of notches up from being homeless. A deadbeat dad makes a brief appearance in which he once again disappoints his daughter. And a well-liked character suffers a heart attack on the football field. The language in the film is standard for a PG film ("ass" is about as strong as it gets), and there's no sexual or violent content of note.

A man asks a woman on a date, and they're shown flirting with each other and hugging. A boy refers to his testicles as "King Kongs," and someone corrects him, calling them "ping pongs."

There's some hard shoving and tackling on the football field. A coach has a heart attack and collapses on the field. (Possible spoiler alert! He doesn't die.)

Jasmine proves that girls can actually play football, instead of just being cheerleaders and spectators. Curtis stops drinking and steps up to coach Jasmine and the team. Jasmine is ridiculed by her school's "mean girls" -- but it's obvious that their behavior isn't admirable.

Tyra Banks is mentioned several times, and her talk show plays on the main character's television. Other celebrities and brands featured include Beyonce, Foxxy Brown, Muhammad Ali, Yao Ming, Sprite, and Walter Payton (Ice wears his #34 jersey through most of the movie).

Curtis buys large cans of beer, which he hides in a paper bag, and he drinks a lot -- until he starts coaching the team . A couple of homeless-looking men also carry around paperbags that are presumably filled with cans or bottles of alchohol.