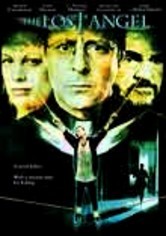 2004 R 1h 39m DVD
Alison Eastwood is Inspector Billie Palmer, a female cop assigned to Special Crimes who's under investigation for shooting a suspect in what she claims was a moment of self-defense. But her troubles don't end there: She's also obsessed with protecting her sister, given that their mother was brutally murdered. And a serial killer she's supposed to be tailing is running amok on the city's streets, causing the press to blame the police.