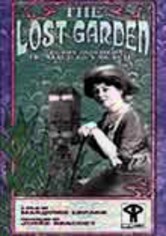 1995 NR 0h 53m DVD
This is the story of true film pioneer Alice Guy-Blaché, who was making films long before anyone had ever heard of Hollywood. Before the end of the 19th century, Guy-Blaché created her first film and would later write, produce or direct more than 700 films, many in conjunction with her production company, Solex. In 1910, Guy-Blaché was married with her first child, but the sudden loss of her husband and Solex would thwart any future creativity.