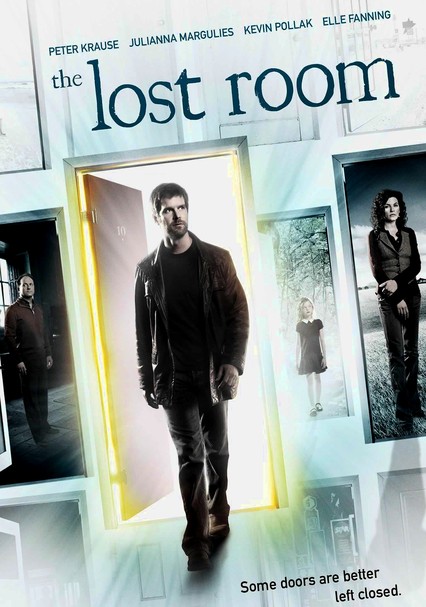 2006 NR 2 discs
Det. Joe Miller finds a key that opens a mysterious motel room and discovers it's a powerful portal to an alternate universe. When his daughter Anna disappears inside, he tries to save her but must contend with others who want access to the room.

Parents need to know that this sci-fi miniseries focuses on characters' desperate -- and sometimes deadly -- attempts to collect a host of objects with paranormal powers. Their allegiances to various cult-like groups often change throughout the series, making it difficult to discern whether individuals have good or bad intentions. The main character is a single father searching for his young daughter, who has fallen through a portal to an alternate universe. Violence is prevalent and can be graphic; in one scene, burn victims are shown hanging from the ceiling and a wall, and in another, two people are shot and killed. There's a lot of suspense and spookiness throughout the show (some scenes include the ghost of a woman who's screaming and reaching out for help), and a few surprises that will make your heart pound. Teens and adults who can handle the eerie subject matter will enjoy the well-played suspense and intriguing storyline.

Mild instances are rare: There's a brief kiss followed by a post-coital scene in bed (no nudity). One man is shown for a moment in his boxers.

Violence is common, ranging from fistfights to up-close shooting deaths of two characters. In one scene, burned bodies are shown hanging from the ceiling and a wall. In another, a man is shown engulfed in flames.

The protagonist is a dedicated father risking everything for his daughter. But it's often difficult to discern whether characters' intentions are good or bad.