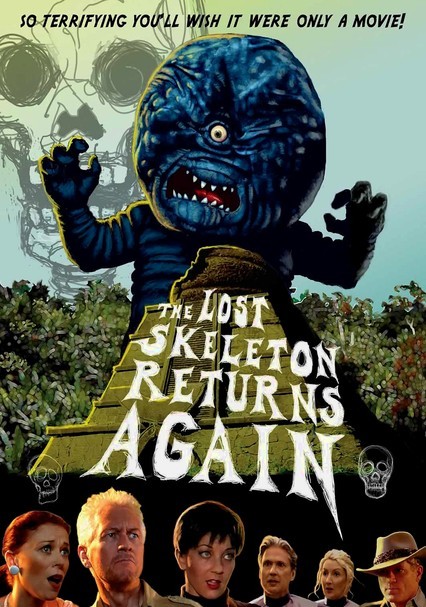 2009 NR 1h 30m DVD
A worthy sequel to The Lost Skeleton of Cadavra, this delirious send-up of 1950s-era jungle epics brings back most of the bizarre characters from the original, including Animala (Jennifer Blaire), a bewitching hybrid of four different animals. In the sequel, Dr. Paul Armstrong (Larry Blamire) heads into the Valley of the Monsters in search of the rare element Jerranium 90; however, he's also headed for a rendezvous with the Cantaloupe People.