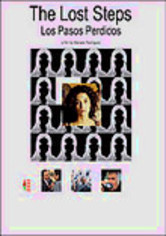 2001 NR 1h 44m DVD
As martial law consumed Argentina, thousands of political prisoners "disappeared," their children fostered by foreign families in league with the ruthless regime. Two decades after her own relocation, Monica (Irene Visedo), a young woman living in Spain, meets her grandfather, who never lost hope that he would find her.