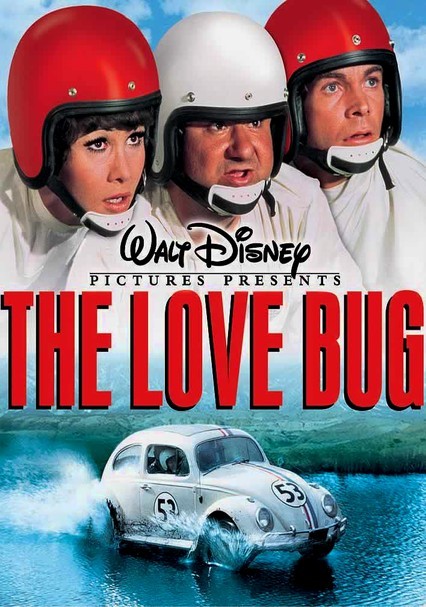 1968 G 1h 48m DVD
Washed-up race car driver Jim Douglas's (Dean Jones) career gets a boost when he begins driving a peppy Volkswagen Beetle. But Douglas soon realizes "Herbie" the VW literally has a personality of its own, and it is responsible for the first-place finishes! Herbie and his crew race across California to get even with a crooked car dealer in this classic live-action Disney tale that spawned several sequels and was the highest grossing film of 1969.

Parents need to know that well-paced laughs and just-scary-enough driving thrills enhance this sweet, wholesome story. Other than the fact that parents will want to point out that seatbelts weren't widely used in 1969, this film offers fun for the whole family. Young ones will identify with the spunky little VW and enjoy the racecar action. Older kids will enjoy the lively story and jokes about '60s hippie culture.

Some Asian stereotyping, as represented by a Chinese character speaking in pidgin fortune-cookie aphorisms and Buddy Hackett's goofy misrepresentation of Tibetan wisdom.