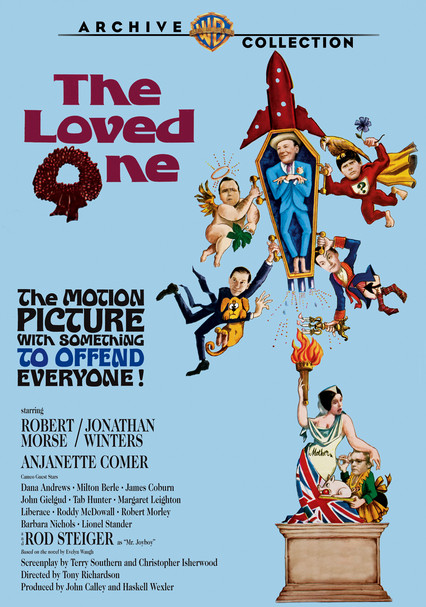 1965 NR 2h 1m DVD
Soon after a British poet (Robert Morse) arrives at his uncle's Hollywood home, the uncle ends up dead in this satire based on the Evelyn Waugh novel of the same name, which skewers the U.S. funeral industry and along with it, U.S. values. Now, the poet must deal with the cemetery's exasperating staff: an embalmer (Rod Steiger); a funeral home manager and his twin (both played by Jonathan Winters); and a coffin salesman (Liberace).