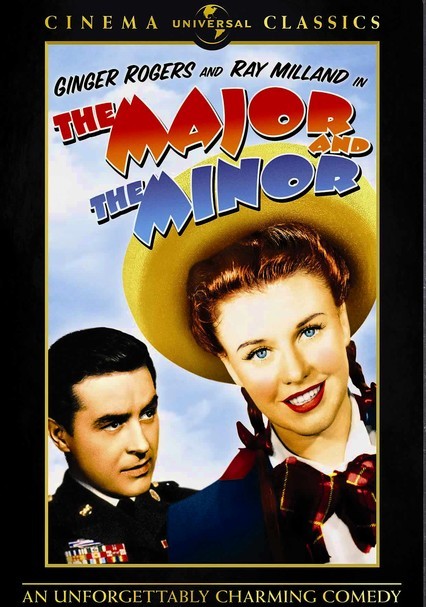 1942 NR 1h 41m DVD
Billy Wilder's directorial debut follows Sue Applegate (Ginger Rogers), a young woman who wants to return home to Iowa from the city, but is so short on cash that she must masquerade as a 12-year-old to qualify for a half-price ticket. On the train, Sue encounters nearsighted Maj. Kirby, who falls for her ruse and takes it upon himself to be her guardian, which becomes further complicated by the presence of his fiancée and her 12-year-old sister.