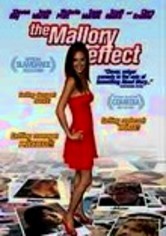 2002 NR 1h 28m DVD
Devastated after his longtime girlfriend, Mallory (Josie Maran), dumps him, Charlie (Steven Roy) refuses to let go. Things only go from bad to worse when he sees Mallory with her new boyfriend, Curtis (Scott Hanks). Plotting to sabotage their relationship, Charlie befriends Curtis and works to drive a wedge between the new lovebirds. Sean Marble, Victoria Pratt and Clare Kramer co-star in this independent comedy directed by Dustin Guy.