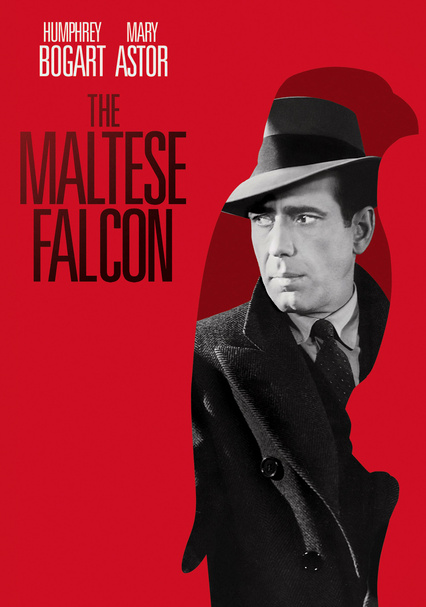 1941 NR 1h 40m DVD
Humphrey Bogart stars as private eye Sam Spade in this Oscar-nominated noir classic that finds the sultry Miss Wonderly (Mary Astor) seeking out protection from a man named Thursby. Spade's partner (Jerome Cowan) takes the case -- but he winds up dead, along with Thursby. Spade's subsequent hunt for the killer leads him into a world of deception and double-crossing, as a trio of criminals searches for a priceless statue known as the Maltese Falcon.

Parents need to know that this crime drama has some intense scenes and a little drinking. While there's little in the way of objectionable content, this film noir is too dark for little ones.

Implication that Spade was having an affair with Archer's wife.

Some suspense, scuffles, threats of violence.

Subtle prejudice against less-than macho Joel Cairo and Wilmer, who are (in the mildest 1940 terms) implied to be gay.