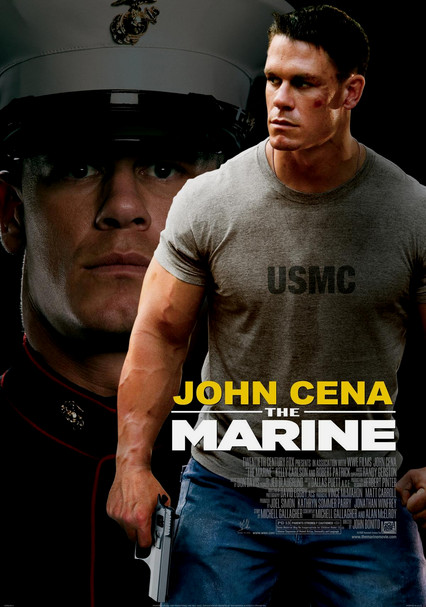 2006 UR 1h 30m Blu-ray / DVD
If ruthless gangster Rome (Robert Patrick) and his crew had known the pretty blonde (Kelly Carlson) they kidnapped was married to former Marine John Triton (John Cena), maybe they would have left her alone. But they've incited his ire, leaving the thugs no choice but to stick to their plan. Working solo on his most crucial mission yet, the vengeful Triton is determined to save his wife at any cost in this high-octane action flick.

Parents need to know that this movie pushes the envelope for PG-13 violence, with pretty much nonstop action, including plenty of fights, explosions, and injuries/deaths. Weapons include guns, knives, hammers, cars (as both assault and explosive devices), and a chainsaw. Bodies crash through walls and windows, burn, and blow up. Potentially disturbing images include a badly burned villain, a drowning wife, and action scenes that involve shot-up, bloody bodies. Other stuff to watch out for: An early sex scene between the hero and his wife shows them in their underwear, her legs around him as she sits on the kitchen counter. One character uses "f--k," and all the villains use other foul language. A couple of scenes show manly men drinking beer.

Brief sex scene in bedroom (romantic/silhouetted upper bodies) and on kitchen counter (wife in bra and panties, husband in boxers); a shot through a woman's black-stockinged legs as she seduces her lover; women wear tight, cleavage-revealing tops; villain propositions female hostage; climactic clinch/kiss when the hero rescues his wife.

Frequent explosions (vehicles and buildings); weapons include guns (shotguns, handguns, automatic), hatchet, grenades, knives, hammers, chainsaw, shoulder-mounted missile; bloody WWE-style fights, with stomping, kicking, body-slamming, and bodies leaping or thrown through glass or wooden walls; first scene shows blindfolded hostages in Iraq who are about to be killed when John roars in to save them; alligators grab one villain's body; women's fight includes kicking, punching, hair-pulling; woman nearly drowns handcuffed inside a submerged truck; badly burned villain attacks hero, who breaks his neck with a huge chain; at least three allusions to the rape in Deliverance.