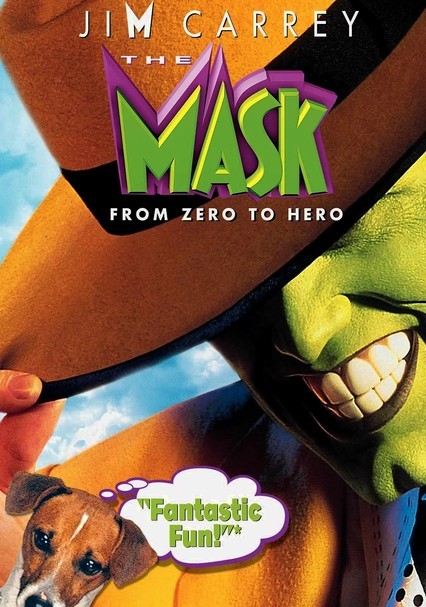 1994 PG-13 1h 41m Blu-ray / DVD
A meek bank teller discovers a magical ancient mask that unleashes his deepest desires -- and gives him the superhuman ability to act on them. Meanwhile, he battles gangsters who seek the mask's powers.

Parents need to know that this film contains a great deal of cartoon violence. There are shootouts, some bloodshed, and a death off screen. Property is destroyed without consequence. A man is shown with a car muffler protruding from his behind. A condom is exposed briefly in a balloon gag. Several shots focus on a woman's cleavage and jokes intimating sex are numerous.

Cameron Diaz 's cleavage is its own character. Sex jokes.