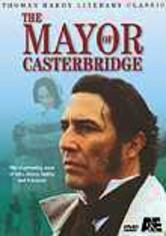 2001 NR 3h 20m DVD
In this made-for-TV drama based on a Thomas Hardy classic, Michael Henchard (Ciarán Hinds) is a man of power who tries to hold onto his once-tidy life after the public discovers that, long ago, in a fit of drunkenness, he sold his wife and daughter to a sailor. Shamed into changing his ways, Henchard becomes a model citizen, only to be confronted by his mistake decades later. James Purefoy and Jodhi May co-star.

Genres
Drama, A&E, BBC, Dramas Based on the Book